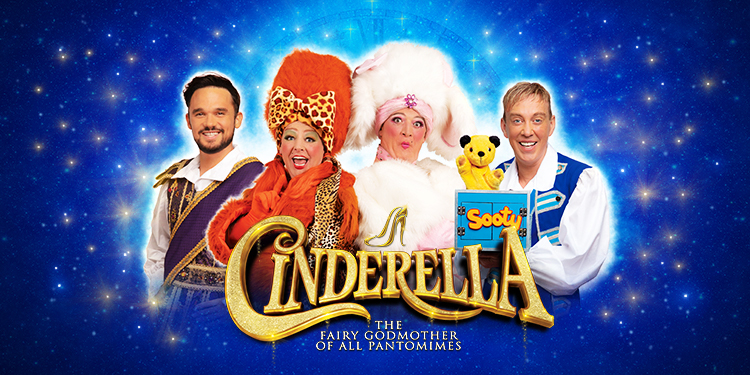 The Theatre Royal Nottingham have announced their star-studded line-up for the ultimate family pantomime this festive season, starring Coronation Street’s Les Dennis and Connor McIntyre who will swap the cobbles for clutch bags as the Ugly Sisters, alongside Pop Idol star Gareth Gates as Prince Charming, with Richard Cadell and Sooty starring as Buttons from Saturday 30 November.

Cinderella will be once again be produced by Qdos Entertainment, the world’s biggest pantomime producer, continuing their long-running partnership with the Theatre Royal Nottingham, following last year’s swashbuckling production of Peter Pan.

Michael Harrison, managing director of Qdos Entertainment’s pantomime division said: “I’m thrilled that we have managed to secure Les, Connor, Gareth, Richard and Sooty to lead our spectacular Nottingham pantomime this year. Between them all we have fantastic comedy, music, magic and silliness that audiences of all ages will love in a production packed full of audience participation, laughter and pure panto magic.”

Jonathan Saville, interim venue director at the Theatre Royal Nottingham, said: “We are so excited to announce a really strong pantomime cast line-up today.  Cinderella is already such a beautiful and well-loved story, and I think the sheer talent and comedy value this cast can bring will raise this year’s panto to another level.  Our Ugly Sisters will be unrecognisable from their Corrie personas, so that alone will be a treat for all the soap fans in the audience.  Alongside Gareth’s wonderful voice, and Richard Cadell and Sooty’s comedy and magic tricks, we hope this years’ show will have plenty for everyone to enjoy.

Don’t miss your chance to see Cinderella, the Fairy Godmother of all pantomimes. The clock is ticking…book your tickets to the Ball today!