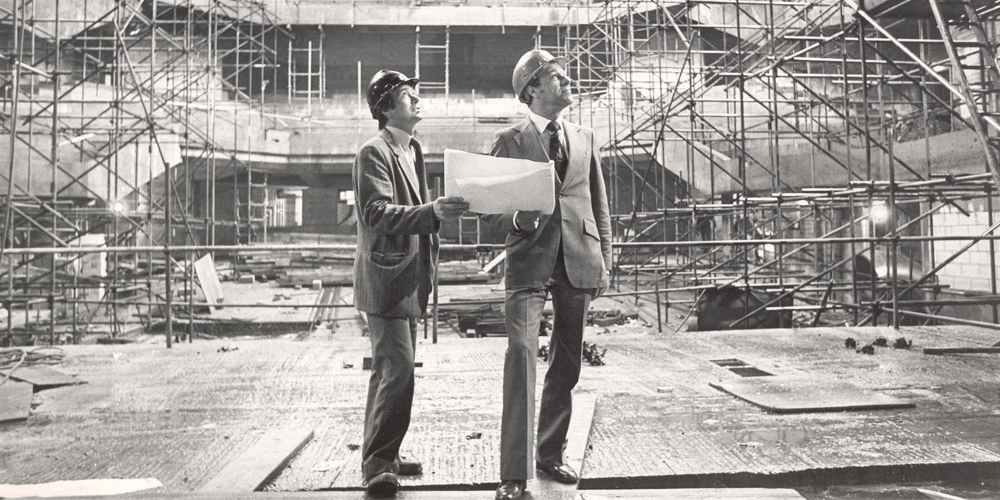 The Theatre Royal & Royal Concert Hall, in partnership with the University of Nottingham, has been awarded £70,400 from The National Lottery Heritage Fund to continue to deliver and develop its heritage and archive work, extending the archive to include the Royal Concert Hall’s rich 38-year history.

On 27 November 1982, Elton John gave the inaugural concert to mark the opening of the Royal Concert Hall in Nottingham.  Originally titled Nottingham Festival Hall, in collaboration with its Theatre Royal neighbour, the exciting new venue was ground-breaking in its acoustic design and hailed as one of the finest concert halls in the country, putting the city on the cultural map.  After thirty eight years, the venue has a glittering roll-call of famous names to have performed on its stage.  From the opening night with Sir Elton John, to Duran Duran, One Direction, U2, Sir Tom Jones, The Police, Roy Orbison, the Bolshoi Ballet, Victoria Wood and Bob Hope to name just a few.

The extended archive will be able to document all these past performances and more, plus the construction and unique architectural design of the building, its planning controversies, and the memories of staff, performers and audience members from the last four decades.

The total £88,900 project, with additional funding from the Theatre Royal & Royal Concert Hall and Nottingham Civic Society, will enable the venue to enhance its community heritage role until the end of 2022, a project first established following the Theatre Royal’s 150th anniversary in 2015.

Previous funding enabled the venue to enlist a large team of heritage volunteers; conduct oral history interviews; run free public events and establish a new digital archive at www.ourtheatreroyal.org.  This new funding award will now firmly establish heritage as a core part of the venue’s work and will see the following take place:

David Longford, TRCH Creative Learning Manager, said “We are so delighted with this award from The National Lottery Heritage Fund.  This has been achieved through the constant hard work and enthusiasm over the past few years of all our heritage volunteers and supporters.  We would like to thank our funders for enabling us to really embed our heritage work at the venue and allowing us to now develop some very exciting future projects.”

Anne Jenkins, Director of England, Midlands & East at The National Lottery Heritage Fund, said “We are excited to support the Theatre Royal & Royal Concert Hall in Nottingham to collect stories and involve the local community in the heritage of this grand, historic building, with money raised by National Lottery players.  This project will showcase the importance of this local landmark, and provide opportunities for people to explore and celebrate its history, whilst also creating stories for the future.”

This new heritage work will start immediately with the recruitment process for the new Heritage Officer and the creation of the new heritage workspace at the venue.  All other associated projects will then commence over the coming months.