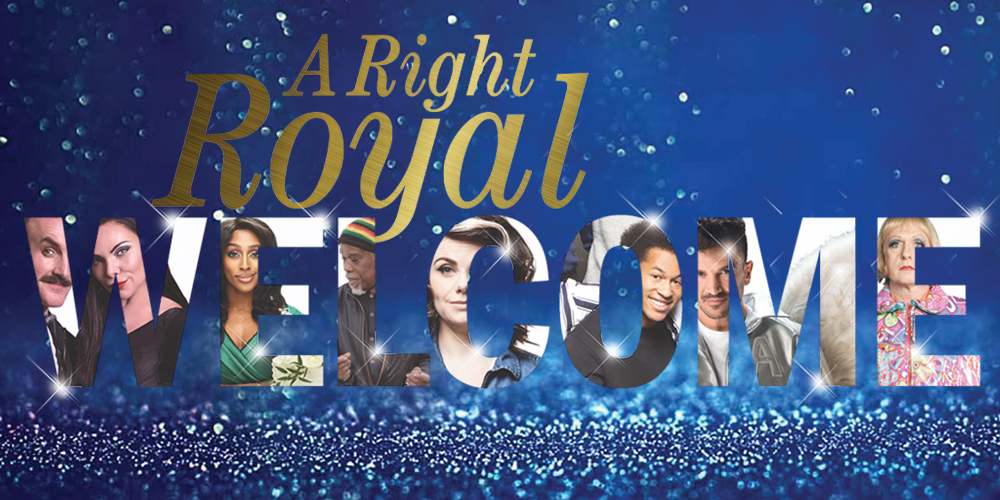 Measures are already in place to ensure audiences, staff, visiting artists and companies can return safely once theatres and concert halls are permitted to re-open.  All forthcoming performances will adhere to the latest government guidance on safety and social distancing, with the venue constantly reviewing and updating it procedures as the government’s roadmap progresses.  For more details on what a socially distanced visit will currently look like, please visit trch.co.uk/covid-19-measures

Peter Ireson, Venue Director for the Theatre Royal & Royal Concert Hall, said: “We’ve worked hard to ensure this reopening season really lights up our stages once more, with all the star names and big shows we know our audiences are so eager to return to once again.  It will be a celebration of everything we hold most dear – coming together to enjoy music, and laughter, and that sense of awe only a live performance can bring.  There’s nothing like it, and we’ve all really missed it.  We are champing at the bit to get the doors open once again.  Everyone will be welcome!”

The first events for live audiences to enjoy at the venue in mid-June will be socially distanced; two ‘welcome back’ comedy nights with pantomime favourite Ben Nickless (11 & 12 June), a concert performance from all seven Kanneh-Mason siblings, ranging in age from 11 to 24 years old (13 June), and a visit from Rambert2 dance company (16 & 17 June).  Once social distancing restrictions are lifted, currently on schedule to happen from 21st June onwards, the season will get into full swing with an exciting programme of stand-up comedy, West End musicals, plays, music performances, and a ballet world premiere, culminating in the venue’s annual family favourite, the pantomime, at Christmas.

New musicals SIX, School of Rock, Heathers, and Bedknobs and Broomsticks will visit for the first time, alongside much-loved favourites Blood Brothers, 9 to 5 The Musical, Grease, starring Peter Andre, and Rocky Horror Show, starring Ore Oduba.  Other musical theatre stars due to appear include Jodie Prenger in Tell Me On a Sunday, Samantha Womack and Cameron Blakely in The Addams Family, Alexandra Burke in My Best Friend’s Wedding, and Faye Brookes, Sinitta and Divina De Campo in a sizzling production of Chicago.

There will be opportunities to listen to the fascinating thoughts of stars from across the world of sport, arts and literature, including Grayson Perry, Sir Ranulph Fiennes, Adam Kay, Jonathan Agnew and Alistair Cook, Caitlin Moran, Ant Middleton and the team from A Question of Sport Live.

A magical new production of Northern Ballet’s Merlin will have its highly anticipated world premiere at the Theatre Royal in September.  Dance fans will also be delighted to see the return of Riverdance with its new 25th anniversary show.

A roster of Strictly stars will be taking to the floor of the Royal Concert Hall in the coming season, including Aljaž Škorjanec, Pasha Kovalev, and Graziano Di Prima in Here Come the Boys, Dianne Buswell, Karen Hauer, Katya Jones, Neil Jones, Gorka Marquez, Luba Mushtuk, and Johannes Radebe in Strictly The Professionals, and AJ Pritchard and his brother Curtis in AJ and Curtis’ Big Night Out.

No autumn season at the Theatre Royal would be complete without a spectacular family pantomime.  This year, the ultimate pantomime adventure, Robin Hood, will be returning to its rightful home in Nottingham, with a star cast to be announced soon.

Full listings and details of how to book for all events at the Theatre Royal & Royal Concert Hall can be found at here, or by calling the box office on 0115 989 5555.