On August 26th, 2022, Bret McKenzie will release Songs Without Jokes, his full-length, solo debut, worldwide through Sub Pop. The album, which features lead single ‘A Little Tune,’ and additional highlights ‘Dave’s Place,’ ‘If You Wanna Go,’  and ‘America Goodbye,’ was produced by Mickey Petralia and McKenzie, mixed by Darrell Thorpe, with songs recorded at East West Studios and United Recordings, and mastered by Dave Ives at 101 Mastering in Los Angeles.

As you can probably glean from that gleaming album title above, McKenzie—whom you know from such modern musical treasures as comedy duo Flight of the Conchords, The Muppets movie reboots and other ace family-film soundtracks, Lord of the Rings fan blogs, guest songs for The Simpsons, cycling around the streets in his native New Zealand, and more— has a new solo record coming out filled with songs that ARE NOT COMEDY SONGS! 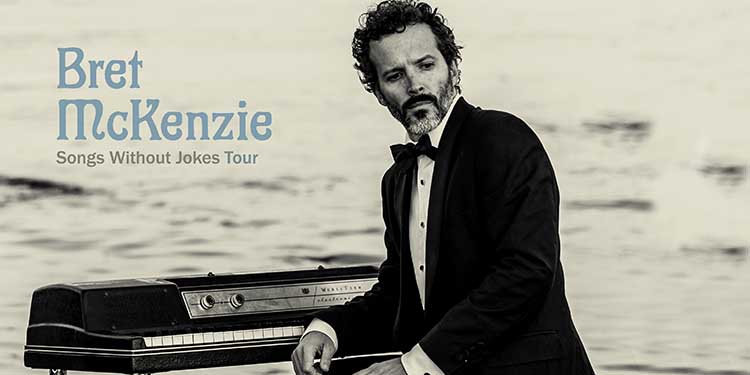