Operatic heartthrobs Il Divo will stop at the Royal Concert Hall as part of their brand new tour, Timeless.

The group will bring their epic show to the UK following their run throughout America this December. Fans can expect incredible performances from Il Divo’s new album Timeless as well as hits from their vast catalogue of songs.

Discovered by Simon Cowell 15 years ago, Il Divo has evolved into the tenor powerhouse vocal group we know. With four sold-out world tours to date, over 30 million albums sold, 160 gold and platinum albums in 33 countries to their credit, Il Divo were also the first Classical Crossover artists to have an album debut at #1 on Billboard’s Top 200 chart.

Il Divo Timeless VIP Package £235 (Ticket FV £125.00)
Experience the concert from one of the best seats in the house
A unique opportunity to meet Il Divo before the concert and have your photograph taken with them
Collect your pre-signed Il Divo art print
Receive an Il Divo VIP gift
Pick up your commemorative VIP laminate 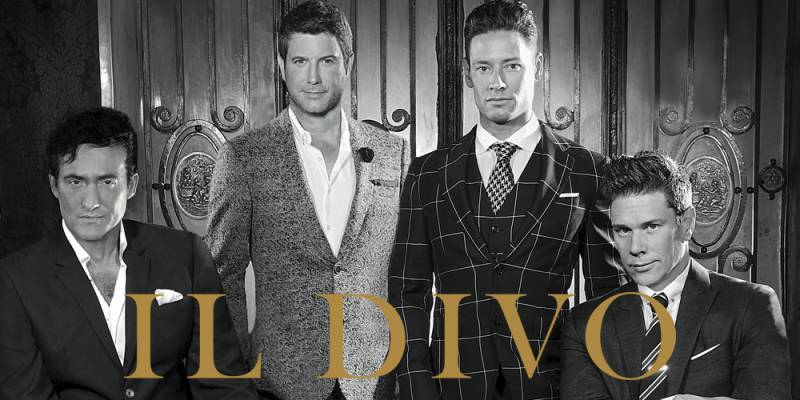