Maximum of 6 tickets per person.
Under 14s must be accompanied by an adult aged 18+

Roy Orbison is back to amaze British audiences with his unique voice and live performance once again. After the success of last year’s pioneering holographic In Dreams: Roy Orbison in Concert tour, Base Hologram have now announced Roy Orbison & Buddy Holly: The Rock ’N’ Roll Dream Tour, a ground-breaking new tour featuring the award-winning rock and roll legends.

The tour will bring Orbison and Holly together for an enthralling event that will tour throughout the UK before further dates worldwide.  Eric Schaeffer (Million Dollar Quartet), who shepherded the In Dreams event will return as the director of the shows.  It is the first time a Buddy Holly hologram has been created.

Accompanied by a live band and live back-up singers, this cutting edge holographic performance and remastered audio will transport audiences back in time for an evening of Roy Orbison and Buddy Holly’s greatest hits onstage, these are songs that have stood the test of time.

Universally recognised as one of the great music legends and praised by everyone from Bruce Springsteen to Morrissey to Bono, Roy Orbison’s catalogue includes such chart-toppers as Oh, Pretty Woman, You Got It, Only The Lonely, Crying, I Drove All Night, It’s Over and In Dreams. 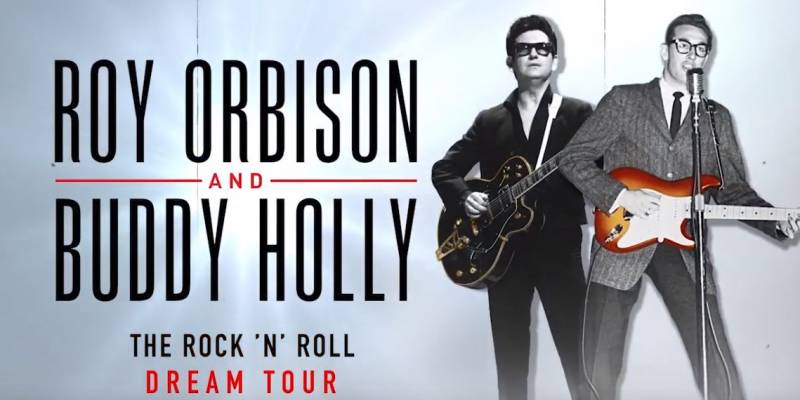