Please note: This is a rescheduled date from 6-10 October.  All tickets for the original date remain valid.  Further information for tickets holders impacted by this change of date, can be found here

Fame and greed tore their friendship apart, they haven’t spoken in decades ….

Ever wondered what goes on behind closed doors when legendary bands meet up to discuss a reunion?  What’s really going on behind the hugs and kisses at those reunion press conferences?

The Thunder Girls were a successful ‘80s girl band until lead singer, Chrissie, sensationally quit the Band to pursue a solo career taking with her, Rick, the Band’s manager.  Chrissie broke the Girl Code as Rick was also the boyfriend of Band mate, Roxanne.

At the reunion dinner from hell, Chrissie tries to reunite the band to salvage herself from bankruptcy after being conned out of her fortune by her toyboy husband.

But is there a price which can heal the wounds?
Or maybe some friendships never die, even if you want them to?
30 years later, can lightning strike twice?

Under 26s
All tickets £28.50 in the Stalls on Tuesday-Thursday 7.30pm, plus Wednesday 2pm performances.

Groups of 10+
All tickets £28.50 on bookings of 10 or more, with one free ticket per 20 seats booked. Available on Stalls seats on Tuesday-Thursday 7.30pm, plus Wednesday 2pm performances. Please contact our Group Sales team to book. 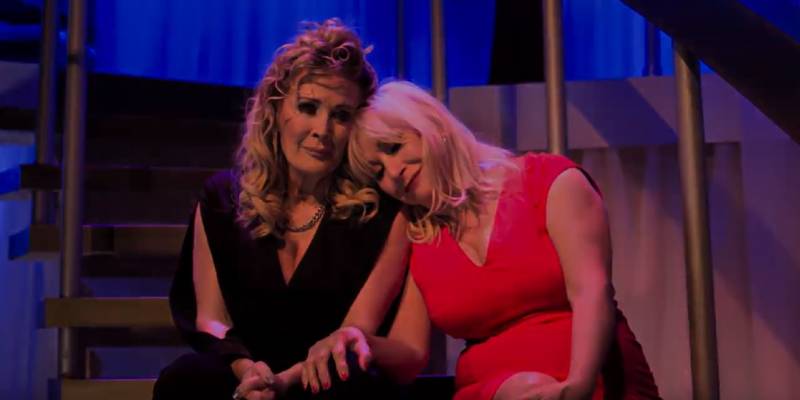 5 Jan: Nottingham and Nottinghamshire are currently under National Lockdown restrictions, which do not permit theatres and concert halls to be open.

We will continue to liaise with our colleagues in Nottingham City Council and Public Health Nottingham City to ensure that we can reopen in a safe and Covid-secure way once local restrictions are lifted.