Ticket limit 6 per person.
Under 14s must be accompanied by an adult aged 18+

Multi-platinum, award-winning singer-songwriter Emeli Sandé MBE announces her UK tour ahead of the release of her much anticipated third album ‘Real Life’ set for worldwide release in September 2019 on Virgin/EMI.

With over 340 million video views, 19 million singles sold including 3 number one UK singles and over 6 million albums, Emeli Sandé has dominated the music industry and captured the heart of the Nation. Her debut album Our Version of Events, released in 2012, was the biggest selling album of that year and the second biggest of 2013. The album also broke the chart record for the most consecutive weeks inside the Top 10, breaking the 50-year record previously held by The Beatles. The singer has won numerous accolades including 4 x Brit Awards (Critics Choice, Best Album and Female Solo twice, most recently in 2017 for her second album, Long Live the Angels) and in 2018 was awarded an MBE for services to Music.

With support from Ben Monteith 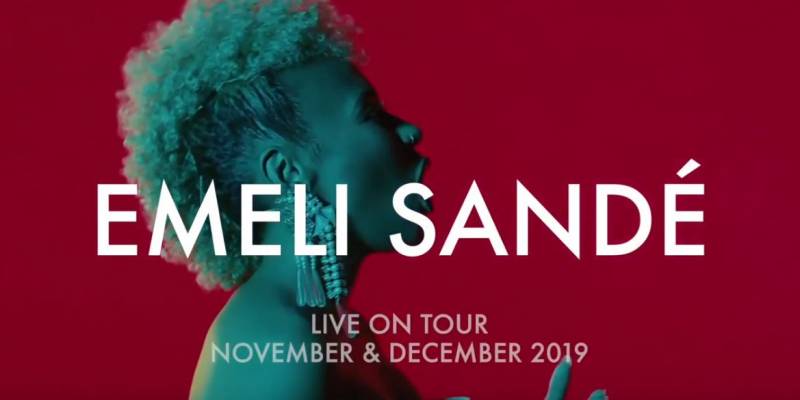