Come Together and experience the iconic music of The Beatles with Let It Be, the spectacular new concert jam-packed with over 40 of The Beatles’ greatest hits! Direct from the West End, this international hit show celebrates the legacy of the world’s greatest rock ‘n’ roll band.

A cast of talented musicians will take to the stage as the Fab Four, wowing audiences with their effortless and indistinguishable portrayal as John, Paul, George and Ringo. The cast includes Michael Gagliano who will play John Lennon; Emanuele Angeletti as Paul McCartney; John Brosnan as George Harrison; and Ben Cullingworth as Ringo Starr. The band will be joined on stage throughout the tour by musical director Michael Bramwell on keyboards.

Relive The Beatles’ meteoric rise from their humble beginnings to the heights of Beatlemania with live performances of early tracks including Twist and Shout and She Loves You as well as global mega-hits Yesterday, Hey Jude, Come Together and, of course, Let It Be. Plus experience an amazing reunion concert featuring later hits including Back to the USSR, Live and Let Die and Here Comes the Sun.

Travel back to the magical sixties when all you needed was love, and a little help from your friends!

No concessions for Saturday 7.30pm performance.

'Fab for all the family'

The Times of London

‘A non-stop parade of hits’

'Does everything and more to recreate that magic era' 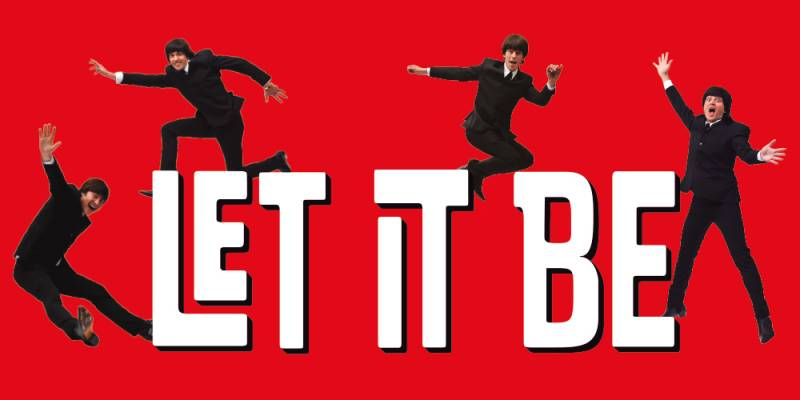