As a result of the current challenges presented by Covid-19, it is with sadness that we have had to make the decision to postpone the upcoming Queen Extravaganza tour.

Whilst we were more than ready to get the show back on the road, the logistics this production faces within the current environment prevent us from being able to tour with the confidence needed to deliver over 50 shows across the UK and Europe at this time.

The show must go on, and we are working with venues and partners now to reschedule the dates into the same period in 2023. We ask audiences to bear with us whilst we get this work done so that we can offer an exchange into an alternative date. Of course if that is not suitable customers will be entitled to a refund.

Thank you for your support and understanding during these challenging times.

Queen Extravaganza, the official Queen tribute band produced by Roger Taylor and Brian May, returns to the UK in 2022, following sell out shows across the globe.

The band, who began touring back in 2012, is made up of a rolling cast of gifted musicians who have been hand-picked by Roger Taylor and Brian May. Queen Extravaganza is renowned for touring all over the USA, Canada, Australia, Hong Kong, Brazil and Europe and these talented musicians have earned much love and respect from their ever growing fan base, playing the music perfectly.

This spectacular 90-minute show features more than 20 Queen classics drawn from the band’s biggest hits: Bohemian Rhapsody, Another One Bites the Dust, Crazy Little Thing Called Love, Under Pressure, We Will Rock You, We Are the Champions, A Kind of Magic, Radio Ga Ga, Somebody to Love and Killer Queen as well as other fan favourites. “It’s our own official tribute band” says Roger Taylor. 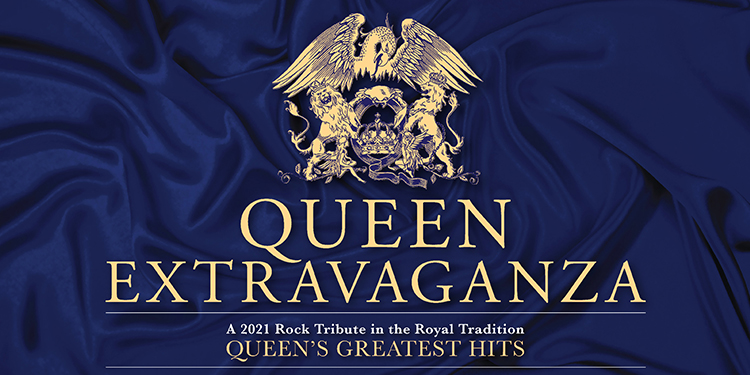