Age Recommendation: 7+
Under 14s must be accompanied by an adult aged 18+

Our celebrations of Beethoven’s 250th anniversary begin with this concert featuring his epic final symphony. Beethoven’s Ninth revisits the revolutionary impulses of his Third and Fifth symphonies but its journey from darkness to light travels through more daunting terrain. It concludes unforgettably with a heaven-storming finale that adds a chorus and four soloists to proclaim its message of hope and friendship. The audacity of its ambition and its vocal writing not only ensured its immediate success but also set a course for several later composers.

Over a century later, Sergei Prokofiev was also looking to reinvent the symphony but in the case of his Seventh, he sought a simpler, more direct style. This was partly driven by his intention to write for the USSR Children’s Radio Division, but also helped him to avoid being censured for the “decadent formalism” of his more experimental works. Whatever the impulse, the Seventh is full of verve and wit, and bathed in Prokofiev’s long-breathed melodies.

This event is part of our Beethoven 250th Anniversary Celebrations

Family & Friends Ticket
£60 for 4 people (maximum of 2 adults) plus a free programme voucher. £5 for each additional child.
Please note: We welcome children aged 6+ to Nottingham Classics concerts. For under 6’s we offer Beanbag Music Club concerts – find out more at trch.co.uk/beanbag

Go Card Holders
If you’re under 26, or in full-time education, then you can buy selected seats for just £5 with our FREE Go Card scheme. Sign up at trch.co.uk/gocard

Bargain Seats
Selected seats for just £9, available from 12pm on the day of the concert, subject to availability.

Free Pre-Concert Talk, 6.20pm
Join Katy Hamilton in the auditorium before the performance as she discusses Beethoven’s Ninth Symphony.
(Booking not required) 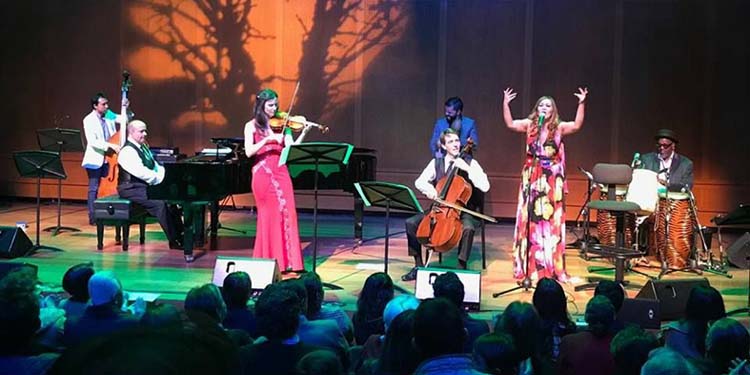