Better Than The 90s

A fun, unique journey through the 1990’s

Join Dario G and friends on a nostalgic journey through the best pop music and culture of the 1990s!

Better Than the 90s features genuine UK Global Mega Stars, combined with 90s nostalgia & interactive character actors, for an incredible chart-topping show! All this crammed in to an exciting and unique new show that blends singing, dancing, incredible lighting & sound, along with 100% genuine artists that brought us such a wonderful finale to the 20th Century.

You are invited to re-live the energy, colour, ecstasy, music, comedy, fashion, laughter and pure enthusiasm of the greatest ever decade!

Better Than the 90s is the brainchild of musician and songwriter Paul Spencer aka Dario G, whose music lit up the 1990’s thrilling audiences globally! While touring, Paul noticed the feeling of 90s nostalgia was indeed much “Better Than the 90s” and so the idea was born, to create an immersive, spine-tingling experience that shows just that!

Expect Pop & Club Classics…
Expect a High Energy Vibrant Show…
Expect the unexpected…. as you are transported back to the 1990s! 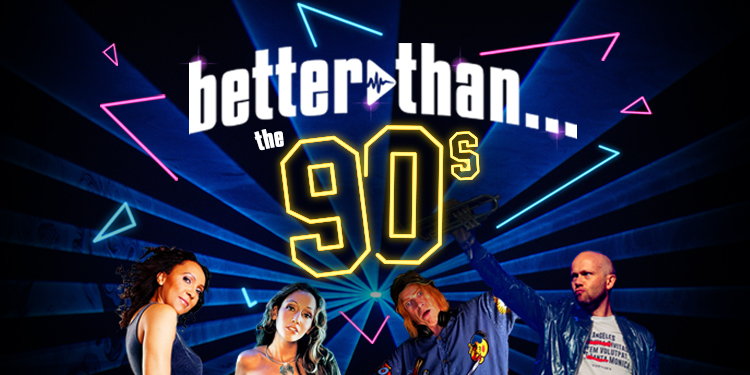