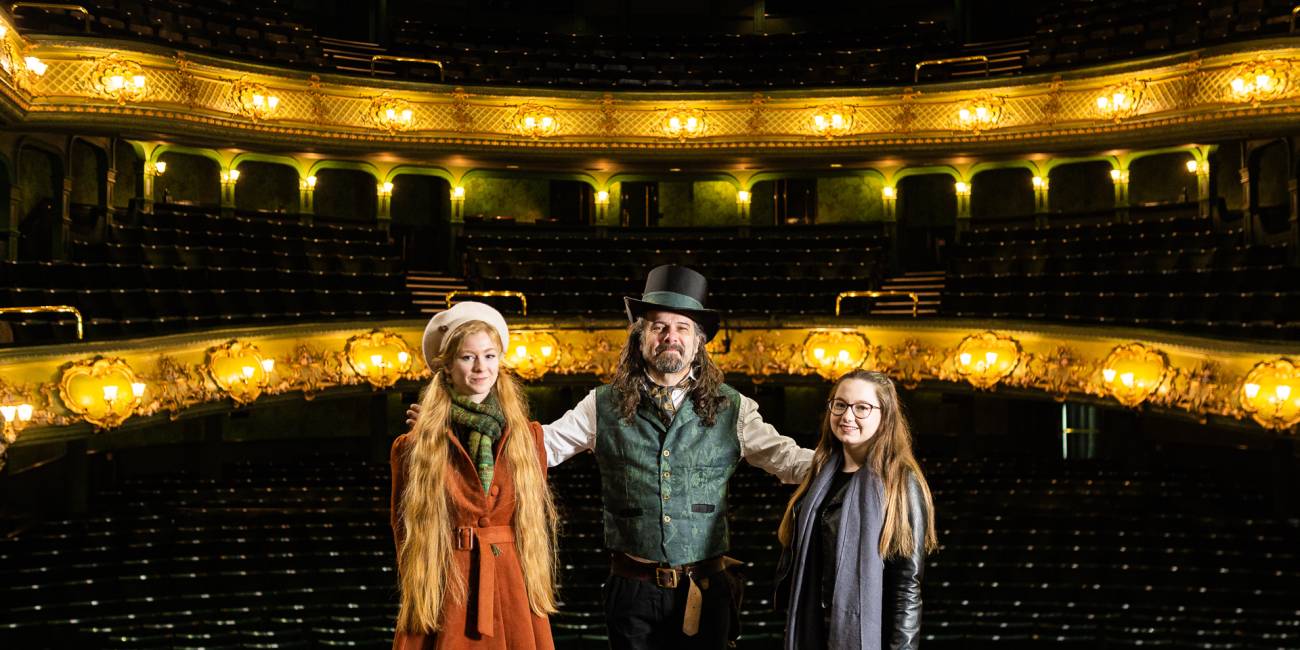 The Theatre Royal & Royal Concert Hall’s  Limelight Backstage Tour is due to recommence in April with a brand-new costume design inspired by the venue’s unique archive.

A significant break in backstage tours due to Covid-19, along with National Lottery Heritage Funding, allowed the team at the Theatre Royal & Royal Concert Hall to reassess, update and bring a new dimension to the venue’s popular backstage tours via a bespoke costume commission.

Maddy Clark, a second year BA (Hons) Costume Design and Construction student at NTU, said: “The design of the waistcoat is based on wallpaper patterns from the original plans for the building, and I also used original designs for the pillars, stone and marblework.  The design for the scarves is taken from a huge variety of postcards featuring actors and lots of interesting characters and faces from the archive.  It was really fun to consider all the theatrical needs of the costume.”

Emily Connell, in her final year studying BA (Hons) Costume Design and Construction at NTU, said: “The best part of this project has been the freedom to have fun and look into the archive.  The waistcoat fabric matches the venue perfectly.  It’s really cool to see our work up on stage.”

Ade Andrews, who leads the Limelight Backstage Tour in character as storyteller Ezekial Bone, said: “It’s a joy doing the Limelight Backstage Tour, but I haven’t done it for a couple of years so being here again, in the costume, is really bringing it back to me.  Before, the costume I wore was some bits and bobs I had of my own to conjure up the character, but now I have the definitive costume it’s going to really help breathe life into the whole thing again.”